Originally, Barangay Salvacion is popularly called “Ambulong”, the place of a popular “albularyo” who can heal any illnesses of the patient even the one who died hours already still can be recovered, aside, he could tell about the journey until the dead came alive by the aid of herbal medicines, hence, it was called “Ang Bulong”. From then on, not only the residents come and ask for help from the albularyo but also people from other areas or neighboring barangays.

On the other hand, during the Spanish period, there was a sculptor who came from the mainland of Panay brought the image of Nuestra Señora de Salvacion and gave it as a gift to the Spanish Friar who served as the Cabeza de Barangay. A chapel was built at the nearby house of Jose Perocha while the Fernandez Family served as the caretaker of the image. In 1893, when the Filipinos were given the right to worship any religion. Hence, the Iglesia Flipina Independiente (IFI) separated from the Roman Catholic while the image was given to the IFI Church and placed at the altar. However, in 1898, the Japanese war started and invaded the Island of Himal-us (now Guimaras). Barangay Salvacion is one of the place where many evacuees from Iloilo took refuge. Worst thing happened in 1943, when Japanese treated civilians with their brutality. Japanese soldiers gathered all civilian they found and brought them inside the church. By the altar, soldiers hold machine guns facing the civilians ready to fire. They stood by foot, thirsty, hungry and frightened. Fathers carried their children on their shoulders while mothers breastfeed their babies and prayed in order that their children especially babies would not cry Japanese when soldiers took and toss on the air and slain by their bayonets. While the civilians prayed before the image of the Child Jesus and Nuestra Señora de Salvacion for their safety. Suddenly, the Japanese Officer arrived inside the church and saw the images, the Officer then look and smiled at the mothers, went near the image of the infant Jesus and held it closer to his heart. Then, he ordered to his soldiers to let the civilians free and held out of the church as the women lastly went out. Then, the soldier took the image of the child Jesus and kept it in his pocket, so, he quickly went out and immediately leave. Since then, the residents never saw the image of the Child Jesus again. When the Japanese War ended, residents gathered and celebrated for a thanksgiving in honor of the Child Jesus and Nuestra Señora de Salvacion who miraculously touched the hearts of the invading Japanese soldiers thereby saving the lives of the civilians. Hence, the place named “Salvacion” which means “saved”. Since then, the residents celebrated their Annual Fiesta every last Saturday and Sunday of the month of February. Every Fiesta, most of the relatives of the residents came home and celebrate with their families. 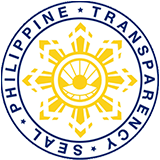